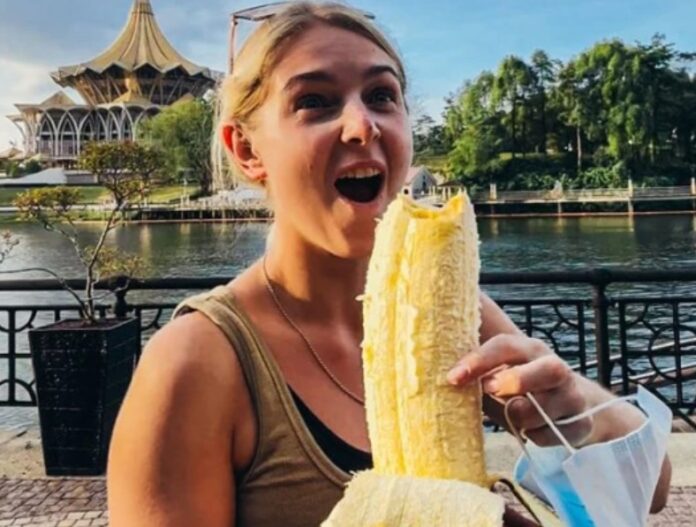 Let’s hit the ground running. There is FAR TOO MUCH innuendo in the news today, and people need to know if what they’re reading constitutes sexy slang or not. The rules are complex, and it requires an expert panel to decide what counts as sexy slang in the confusing world in which we live.

Dorset Echo: ‘I’ve got a badger in my wheelie bin’

This is NOT sexy slang. He genuinely does have a badger in his wheelie bin.

If there were anything else apart from a badger, it would have been sexy slang.

This is about as sexy as sexy slang gets. The fact that it’s in Southampton only goes to make it worse.

We are disgusted. No, we are more than that. We are DISCUSTARD.

And finally in this brief lesson:

And not a penis.

And back to our regularly scheduled programming:

[John Peel voice]: “And that was Grimsby’s finest grunge merchants Pure Sewer with their new one ‘The Eternal Stench of Poo’. Can’t wait to see that on Top of the Plops”.

And on a personal note, it’s great to see acid house legends Altern 8 out there, but one has to admit that they have not aged well.

I know what you’re thinking, but if you look really closely, you will see that the gentleman in the photograph is indeed leaning against a camper van.

It’s amazing how they do it.

And speaking of camper vans:

You may be surprised to learn that the sign id not say ‘Bugger off home to Scunthorpe where you belong’, but had simply left out the words ‘except camper vans’ from the restriction banning overnight parking.

You may also be surprised to learn that I am not especially attracted to holidaying in what is essentially a small cupboard, where it is impossible to do anything without any other occupant(s), including pets, having to stand up and move, but I did anyway.

Ipswich Star: Angry owner paints ‘Do not feed me’ message on the side of her horse after people keep feeding her horse

This is a service which is also provided by Slimming World, but it’s not something they advertise.

And now, here are the dull news headlines:

Hull Daily Mail: Read all about it! Man’s hat blew off into the harbour

That’s it. That’s the whole story.

Spoiler: He got it back, and that’s enough bowel-loosening excitement for a lifetime.

The secret of a good comedy newspaper billboard is to never go looking for the actual story, as it will never live up to that extraordinary five word summary.

And I’m not going to, because it won’t.

And again, you’ll only find out it’s got nothing to do with the tantric sex enthusiast and former lead singer of The Police, Mr Sting himself.

And let’s read the letters page while we’re here:

Dorset Echo: Man responds to a perfectly reasonable request to put his dog on a lead on Charmouth beach in a totally level-headed manner

Reader, he did NOT respond to a perfectly etc etc etc in a level-headed manner. He wrote an enraged letter to the Dorset Echo, who have treated us by reproducing it in its entirety.

Highlights, of which their are many, include the inevitable vow never to return to Charmouth, multiple references to George Orwell’s Nineteen Eighty-Four, Alfred the Great, a plug for his self published book, and refusing to accept a lead purchased for him by the council Ministry of Truth hit-squad, opting instead to flounce back to his car, leading the animal with the belt from his trousers, the mental image of which kept me awake last night, laughing.

This is perhaps the greatest letter of complaint ever published in any newspaper since the dawn of the printing press, and that in itself a thundering achievement.

…and thoroughly deserved it is too.

As I write this, it is threatening to reach 40C outside, which means one thing: School uniform shenanigans.

Stoke Sentinel: Turn up for school in your PE kit during a massive heatwave? HOME YOU GO!

BBC Leeds and West Yorkshire: Turn up for school wearing shorts in a massive heatwave? HOME YOU GO!

In both of these cases – which are, of course, ridiculous given the circumstances – one can imagine the head teacher leaning out of his study window with a megaphone shouting “You! Boy! It’s called a blazer for a reason! WEAR IT!”

There have, so far, been no cases in this final week of term for most of England, no cases of boys turning up in skirts to protest against ruling banning shorts. So far.

And I apologise for making you see this, but…

Get Reading (but honestly everywhere else): Wife buys husband a ‘lookalike sex doll to ‘help satisfy his libido’

This is not only weird and as creepy as shit, but exists only to serve as a thinly-veiled advertisement for their Only Fans account, in which creepy doll plays a co-starring role. Also, it’s as creepy as shit.

In the story, it’s explained that they tried a previous doll, but it proved to be a disappointment.

This has been a massive update. So big, in fact, even the Lord our God is furious.

Need to take a ferry to the islands on the Holy Sabbath? DEITY SAYS NO.

It’s not the first time God Himself has vented his fury on the United Kingdom, you’ll remember the time when a local councillor in Henley-on-Thames claimed that local floods were the result of God’s fury at gay marriage and that the Queen was in breach of her Coronation Oath by signing it into law.

I miss UKIP. You knew where you were with a party that hoovered up fruitcakes and spat them out the other end as local councillors.