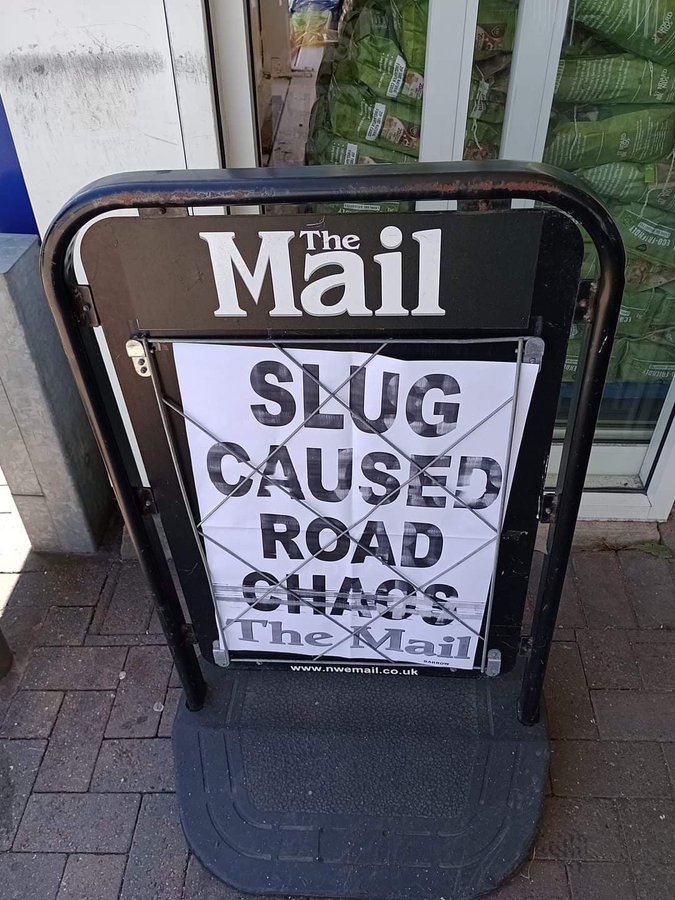 This from the Lancashire Post is local news reporting at its very finest and I will fight anyone who says otherwise.

Honestly, this video is one minute and 48 seconds of suspense, drama, personal growth, and a happy ending.

But it’s a good thing she didn’t have to go back, or we’ll all still be there.

Donegal Daily: Letterkenny roundabout gets a new coat of paint, so it can now be seen from space

We often have very important news stories that land in our inbox, and this was one of the most important we’ve seen for some time.

In fact, we went the extra mile and looked up the roundabout on Street View, because the implications for this and other painted mini-roundabouts could be enormous.

An utter disgrace, I am sure you will agree.

Otago Daily Times: Area man quite upset with the council over the state of his street

Look at him there, hanging on for dear life over the cliff edge.

Is there nobody out there who can go and rescue him?

Some sort of New Zealand Batman?

This is, students of Angry People in Local Newspapers should note, is the one approved photograph for this type of story.

It’s got it all – bewilderment, the thing that made him angry, and wearing a hat indoors.

Derbyshire Live: Courier takes photograph of dog as proof the a parcel has been delivered

And come on, Hermes, there’s no point changing your name. We still know it’s you.

Chronicle Live: Couple furious and HAVE NO GAS after being on the wrong end of an incorrect raid by British Gas

We’ve only done this story as a very flimsy excuse to add gifs from the Gas Man episode of Bottom.

Belfast Telegraph: Councillor asks if this is the worst road in Ireland for dog crap

If we could put the minor issue of the dog turds on the old back-burner, we need to turn our attention to a more pressing scandal.

Sir, you are out in public in socks and sandals. This isn’t Magaluf, you know.

Mansfield Chad: Pranksters cause TRAVEL CHAOS by closing local road for a) shits and b) giggles

This story got me flung into Facebook Jail for 24 hours for the not unreasonable suggestion that anybody who calls themselves a prankster or a bantsmaster should have something unpleasant done to them with included being tied to a tree, cow turds, and a specially adapted 17th Century firearm to which to fire said cow turds at said bantmasters tied to said trees.

So sod you, Zuck.