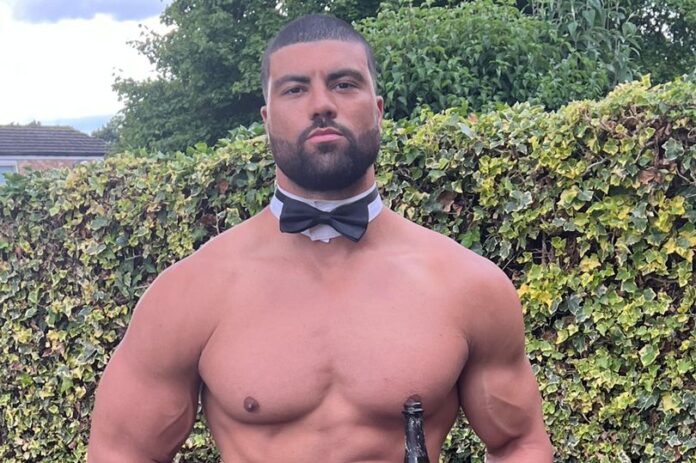 Surrey Live: We don’t do those clickbaity ‘Journalist Does Normal Thing’ stories that seem to be all the rage at the moment, except for this one

A Journalist Does Normal Thing story has to be truly exceptional to get into the pges of Angry People in Local Newspapers, and when the reporter has a face that suggests he’s going to be putting in a compo claim to his own newspaper, then it makes the cut.

You should have had the chicken one, mate.

As your resident expert on shit that might be cursed, I can tell right away that this doll is cursed to shit.

The advice is simple: Ask the person at the door if they are employed by Humberside Police.

If they reply in the affirmative, then call the call the police.

For those of you reading this in another country, that advice in French:

Waltham Forest Echo: Residents erect barricades to prevent those pencil-necked jockeys at the council from painting yellow lines on their street

So here’s how this went down:

The Council: “We need to restrict parking down one side of your narrow street so emergency vehicles can get through, so, you know, you won’t burn to death in your beds. No biggie.”

We’ve commissioned this art piece from the Department of Propaganda and Agitation in North Korea to commemorate this fight for the right to park your tank and/or missile launcher wherever the hell you like.

After everything we’ve been through – Brexit, Coronavirus, Putin’s War, the Trump Presidency, Partygate, David Bowie dying, Arsenal continuing a seasons-long run of mediocre form, they throw this at us.

I mean, there’s loads of clothed butlers out there, but who in their right mind would want one of those when you’ve got the vicar and Lady Poshington-Smythe coming to tea?

My London: Fears for the future of Peckham if council demolishes allegedly iconic arch

L’Arc de Peckham commemorates Napoleon’s defeat to forces led by Rear Admiral Albert Trotter at the Battle of Mange Tout Mange Tout, and it would be a sheer act of vandalism by the pencil-necked desk jockeys at the council to knock it down.

On the other hand, complaints that its demolition would make Peckham ‘look like Croydon’ is an insult to both Peckham and Croydon because they’re both crapholes because they both have their own peculiar local charms.

Liverpool Echo: Regret to report that people are still going on holiday to Pontins

I’m afraid I’m going to have to copy some of the blurb from the top of this article, but:

After everything we’ve been through – Brexit, Coronavirus, Putin’s War, the Trump Presidency, Partygate, David Bowie dying, Arsenal continuing a seasons-long run of mediocre form, people are still going to Pontins.

It’s not as if it’s difficult to find the warnings. If you type “Is Pontins” into Google, you get this:

…so you get what you pay for.

And what you pay for is turds. On a stick. And the stick costs extra, and hasn’t been cleaned since the last people had a turd on a stick.

Northern Echo: We don’t do court reports, but man is jailed for attempting to rob a betting shop using a bin bag and a crisp packet as a disguise

“Her manager intervened and told the defendant to ‘f*** off’” is some of the finest court reporting you will ever see.

And for those of you asking, from the clues given in the item, the crisps appeared to be Prawn Cocktail, the flavour of wrong’uns.

And one from the archives from a long time ago (2013) in a galaxy far far away (Shepton Mallet).

Destroy an entire star system and nobody bats an eyelid, park your TIE Fighter across two ‘mum and child’ bays outside Tesco and all hell breaks loose.

Who’d be a Sith Lord these days?