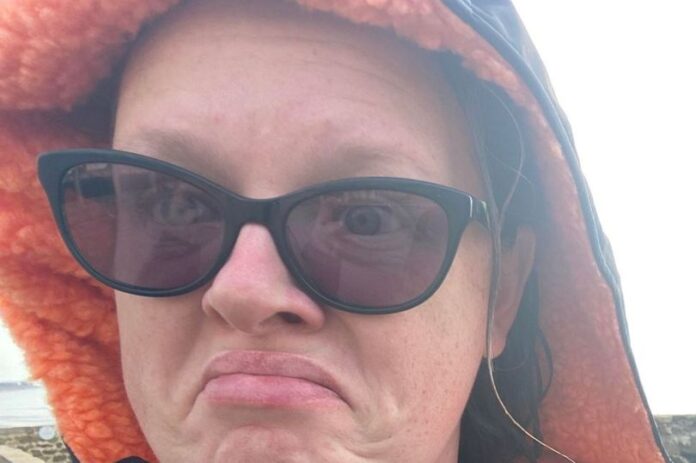 Yet there they are, outside.

Perhaps if they let the seagulls have a go on the trampoline, we could all reach some sort of accommodation.

Henley Standard: Couple want to know where the police are after car takes out their plant stall

If the police can’t help out this innocent pair of oldiewonks, then we’re all doomed.

Warrington Guardian: Councillor angry about something

More of this kind of thing from our elected representatives.

There is a moral to this story and it is this:

Also, don’t go to the papers about it, or we’ll laugh at you.

Metro: Holiday HELL as punters stuck in Norwich for 43 hours

Some would say that Norwich is a (oh-ho!) HIGH BROW destination, but …err… no, I’ve not got anything else.

Question: Are those pencil-necked desk jockeys at the council at it again?

Answer: Yes. Yes, those pencil-necked desk jockeys at the council are at it again.

Which side of the argument are you?

Are you “Yes! I’d like a complete stranger watch on a TV screen while I take a piss”?

Or are you “CHRIST NO ARE YOU MENTAL?”

Just as long as there’s a sign saying “Toilet CCTV cameras are for staff training purposes only, and not to watch you have a wee because we’re actually quite weird”, I’d be all for it.

Lincolnshire Live: Holidaymaker to Skegness says he would rather go to prison than pay parking fine

Local magistrates – go down the third, less merciful path. Sentence him to another holiday in Skegness.

Gloucestershire Live: Psychic’s show in Gloucester is cancelled due to unforeseen events

Proof, if it were needed, that it’s all a bunch of crystal balls.

And an old favourite from 2018 because it popped up on No Context Brits the other day:

Hoping – no praying – there’s a corresponding story in El Pais in which Maria from Bilbao is complaining that her trip to Torquay was ruined by the number of English people.

And that’s before we get on to how badly the hotel owner treats his Spanish waiting staff.