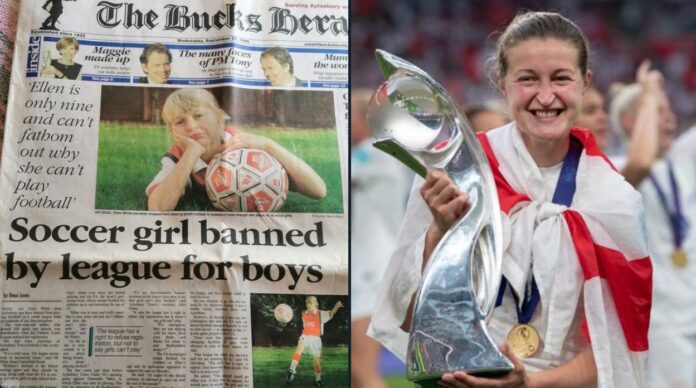 Not going to lie – it’s been a busy old week at Angry People in Local Newspapers, which is reflected in the bumper nature of this week’s round-up.

We are now out of Facebook Jail, and somehow gained over 5,000 new followers on the Twitter in the last week. But you don’t want to hear our good news, you’re here for the angry people.

And Mother of God, they’re absolutely steaming this week.

Let’s start off with one of our most shared posts ever:

Oscar (aged five) is either extraordinarily articulate, or he turned up to the photoshoot armed with a press release already written, showing a tremendously high level of media savviness for a young chap of his age. There can be no other explanation.

I’ve never been sure whether Lytham St Anne’s News is a carefully constructed fake, or if things are really that daft up there, and I am assured by people in the know that it is the latter, with expert levels of snark.

Cornwall Live: Man who claims to be the son of John DeLorean loses court cases banning him from selling converted Reliant Robins as DeLoreans

Can’t see why, the orginal DeLoreans were underpowered an overpriced, and this is just keeping up the tradition, only with one fewer wheel and zero time travelling ability.

You’ll note that he’s taking this total defeat as a victory, because REASONS.

Never give up, never surrender! Not even the face of harsh, court-directed reality coming along and kicking you in the teeth.

Leeds Live: Man is FUMMIN after being banned from every Sainsbury’s store in the country after complaining about staff parking

Manchester Evening News: Danny Dyer lookalike FORCED to charge his £50,000 electric BMW through his upstairs flat window because his landlord won’t let him install his own charging point on their property

We love a story where the word ‘forced’ is doing all the heavy lifting.

Cambridge News: Learner driver says that she can’t book a slot for her third driving test because of a shortage of examiners

A bit of free advice from the Department of Mansplaining: I can see why you’ve failed your first two tests – you should be sitting in the seat which has the big round thing called a “steering wheel” in front of it.

Birmingham Mail: Residents ‘in mourning’ over loss of woodlands to new housing development

Just when you thought that Hollywood had run out of ideas, they announce another Jumanji reboot.

Dwayne ‘The Rock’ Johnson on the right, adding a bit of class to proceedings.

Largs and Millport News: Local beauty spot is ruined as pure human scum fly-tip the results of a house clearance and make the kiddiewinks sad

Plus side: Free sofa!

Minus side: Sad kiddiewinks

Think of the kiddiewinks.

Hopefully, there’s a “Find our space debris, win a Tesla” programme, so he gets a free Tesla as compo. Also, I’d go to the paper asking for a free Tesla for compo, which this gentleman has not.

“You know that building site you warned us might ruin our holiday? It ruined our holiday and can we have a refund please?”

And I know what you’re thinking: Why did they fly eight and a half hours to Aruba just to sit by the pool of a hotel when they could have gone to one of many beautiful beaches on the Caribbean island?

“There are beautiful beaches but I’m not a beach person. I don’t like the sand.”

Hey everybody! It’s Diego Maradona, and he’s back in shoddy statue form!

ESPN: Diego Maradona is back, in shoddy statue form

At least, they say it’s Diego Maradona. I’m getting Sylvester Stallone, with hints of the lead singer out of nineties popular beat combo Dodgy.

Which, ironically, perfectly describes this particular piece of work.

Whatever its shortcomings, it’ll never beat the worst footballing tribute of all time.

So very lifelike. You can almost hear Cristiano Ronaldo desperately trying to arrange a transfer away from Man United as we speak.

We need to clear one thing up – was that one underwear each, or one between them? These things are important.

“Why couldn’t they just buy new underwear out there? Surely they have shops in Turkey?”

Yes, the do indeed enjoy the concept of ‘shops’ in Turkey. However, it is one of only two countries in the world where the sale of underwear is banned. The other is Chile, after the sensation citizens feel on a cold day.

And here, the front page of the Evening News gives us the exact plot of the Agatha Christie mystery “Miss Marple’s Easiest Case”.

To be honest, she was just phoning it in in her later years.

Hold on, it’s the doorbell, it seems to be a man in a very formal suit, wearing a top hat.

“Congratulations! You’ve won our ‘Win your own funeral’ competition. Now if you’d like to step this way, it’ll hardly hurt at all”

Now, I’ve given it some thought, and I’m not keen.

But go ahead and enter. After all, it’s your funeral.

Oh Mate of the week:

You’ve gone and flooded your engine there.

We’ll tow it out and stick it in a bag of rice for you.

Poem of the week:

Once again, it’s Derby’s new Poet Laureate Sandra, who this week is explaining the traffic chaos at Dover, and leaving us none the wiser.

Truly a talent for the ages.

Letter of the Week:

Dorset Echo: The link between wildfires and football hooliganism and what I’d do about it if they put me in charge of the country

And finally, something good actually coming out of furious front page headlines:

Left: Ellen Smith in 1998 being an Angry Person in a Local Newspaper because the pencil-necked, blazer-wearing desk jockeys at the local boys football league wouldn’t let her play.

In the words of Tim Allen in Galaxy Quest: Never give up, never surrender! 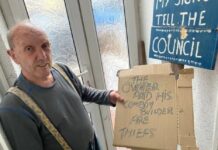