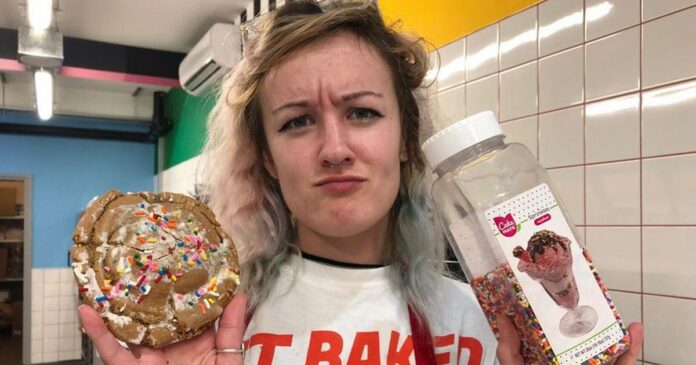 Another week, another parade of people who have thought – for one reason or another – that their lives could be improved by taking their problems to their local news organisation and pointing angrily at the thing that made them angry. It’s the gift that keeps on giving.

Stoke Sentinel: NHS worker absolutely furious as water company does a perfectly reasonable job on the drop kerb she spent £1,600 on

All the boxes ticked here by the Stoke Sentinel, which rivals the Hull Daily Mail for the most angry people per square mile.

Pointing, NHS worker, minor inconvenience, and did she mention she’s an NHS worker?

Metro: Couple fined after woman wearing jumper with writing similar to their car number plate walks in a bus lane

This has given me one spunker of an idea.

Get yourself a T-shirt with the number plate of your enemy’s cars printed on it. Then walk around London, in and out of the congestion charge zones. Then wait.

Hampshire Live: Family forced to pay for parking fees because they can’t buy council car parking permits for all of their five cars

There are many highlights, but I’m going to go with the claim that Rushmoor Borough Council’s car parking policies for residential streets with limited space is preventing residents from procreating. And that’s fair enough – before having a baby, please consider where they’re going to be parking their car in 20 years time.

Who here hasn’t had a bizarre substitution from their supermarket home delivery? I once ordered a tin of baked beans and got an air-cooled piston engine instead.

*Hammers fist down on the local character KLAXON*

And a pox on the fun vacuum who reported him to the feds, and a pox on the copper who (probably against his will and all sense) had to go round there and give him a stiff talking to.

I don’t think much of Craig David’s new work.

Huddersfield Hub: Ex-pats living in Spain shocked – SHOCKED – to discover that they’ve got to follow Spanish rules and regulations now that the UK has left Europe

Another of those “so much to chose from” stories, but we’re going to go with the revelation that the victim of the piece has been in Spain for ten years but only has “limited” Spanish.

The poor kid must have had one hell of a paper round.

The Man’s right about this, though. Illegal sprinkles are the gateway drug to the hard stuff. Before you know it, you’re mainlining ganache and spending your entire waking hours watching old episode of Great British Bake Off, harbouring fantasies about Prue Leith.