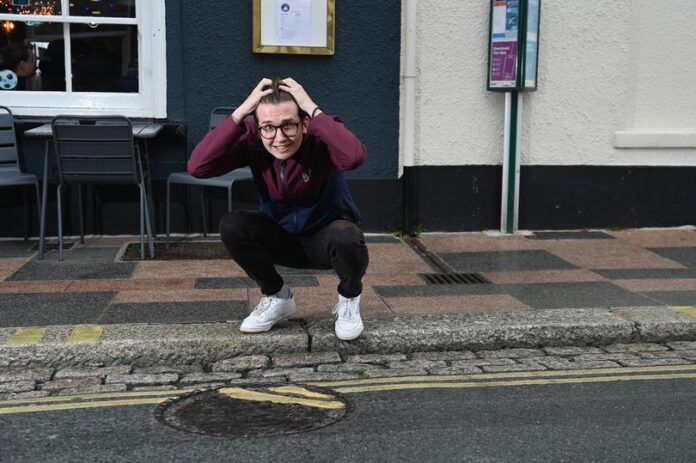 Now that we’ve kicked out the spammers and got this site working again, we’d better get our money’s worth and offer actual content. So here’s the best angry stories which have crossed our radar in the last week or so.

Obviously, whoever called the po po was absolutely correct. Hopscotch is a gateway drug to hide-and-seek and British Bulldog. Then heroin. Think of the kiddiewinks by bringing down the full force of the law, it being the only language these teeny curs understand.

Warrington Guardian: Priest shot in the face with water cannon during christening

While we’re on the subject of juvenile tearaways, our meek and mild men of the cloth cannot even conduct a service these days without some Spawn of Satan coming along and sinning everywhere. Forgive him, padre. Forgive him TO DEATH.

This being possibly the least interesting thing to happen in Plymouth for quite some while, as news stories from here tend to be about people eating each other and the recent discovery of fire. The one thing that’s driving me crazy is the council leaving the yellow lines like that. Shocking.

Surrey Live: Regret to report that people are still going on holiday to Pontins

Another day, another inbox full of stories about people going to Pontins with exceedingly low expectations, only to find that somehow Pontins have not even managed to live up to their own hideous reputation. To simulate a Pontins holiday, simply live in your grandad’s shed for a week while punching yourself repeatedly in the face.

Norwich Evening News: Company in battle with Red Bull over their name

Are you what a court might describe as a “reasonable person?” Have you ever seen product from a boutique gin company called Bullards and thought to yourself “Hey, I’m going to buy that lovely tin of Red Bull”, go home to drink it, and find out to your disappointment that you’ve actually bought boutique gin from a completely different company called Bullards? No? That’s why corporate lawyers are arseholes.

Mr Pothole is our favourite person in the whole Angry People in Local Newspapers universe, and if there’s anybody who knows everything about holes in the road, it’s him. And he’s always 100% nailed on for an epic photograph. Well played, sir!

Number one: Never, ever engage in in-flight banter with the cabin crew, because it never ends well.

Number two: Here is a woman who is regretting recent life choices.

MEN: Say no to in-flight bants.