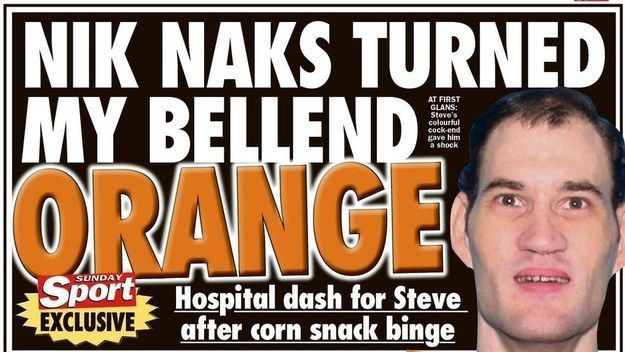 We’ve saluted the genius of the Sunday Spurt before, and now it seems we have to do it again because they won’t stop being mental cases.

In fact, I’m genuinely tempted to quit journalism and go write for them instead. 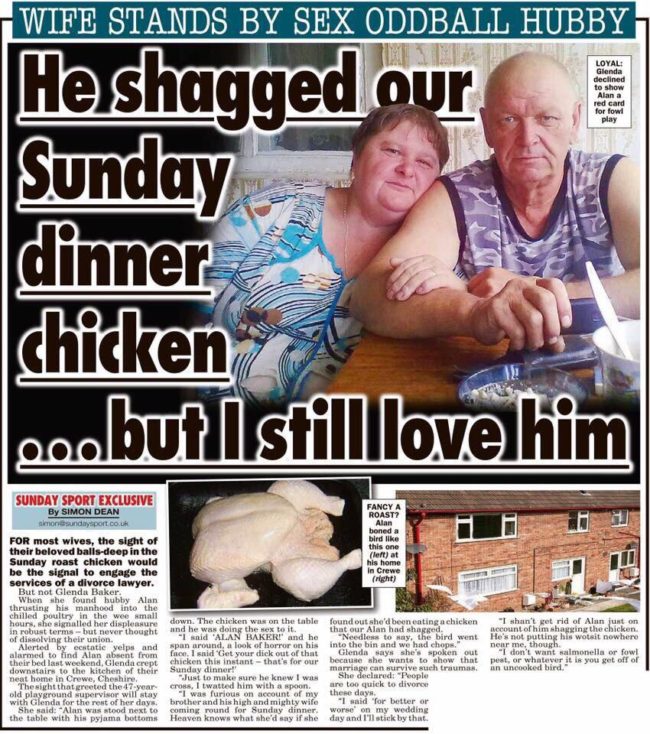 How can you not be moved by one man’s love for his Sunday roast and his wife’s forgiving nature.

Pork stuffing is the world’s greatest invention and …err… said too much.

If only Ron had done that instead of getting involved in an unfortunate dispute with Virgin Media, then he wouldn’t have ended up splashed all over the internet. 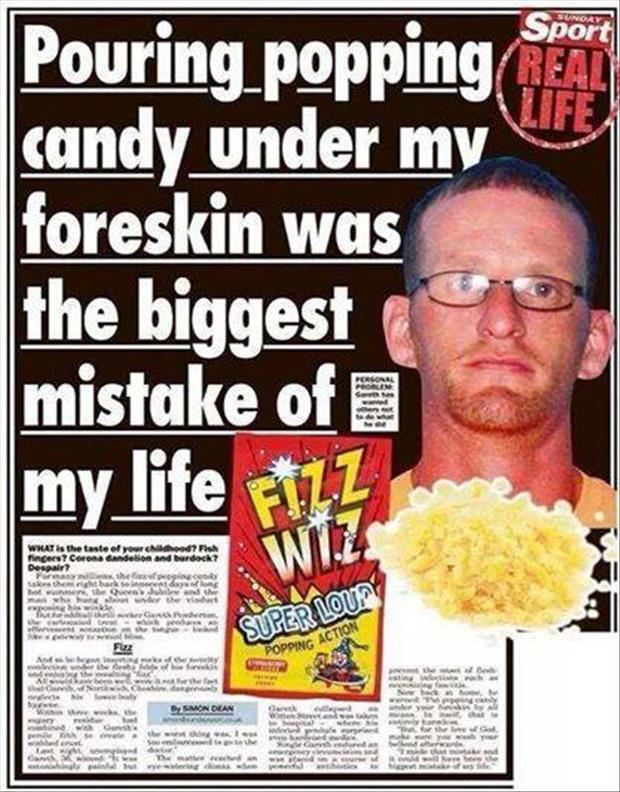 Let he who has never considered shoving Space Dust up their naughty bits while having a hand shandy cast the first stone.

Because we’ve all been there, doubled up in agony as sweet, sweet nature runs its course in our flanges.

In fact, it doesn’t even have to involve the Sin of Onan to get into the Sunday Sport, just as long as there’s a genital-related angle. 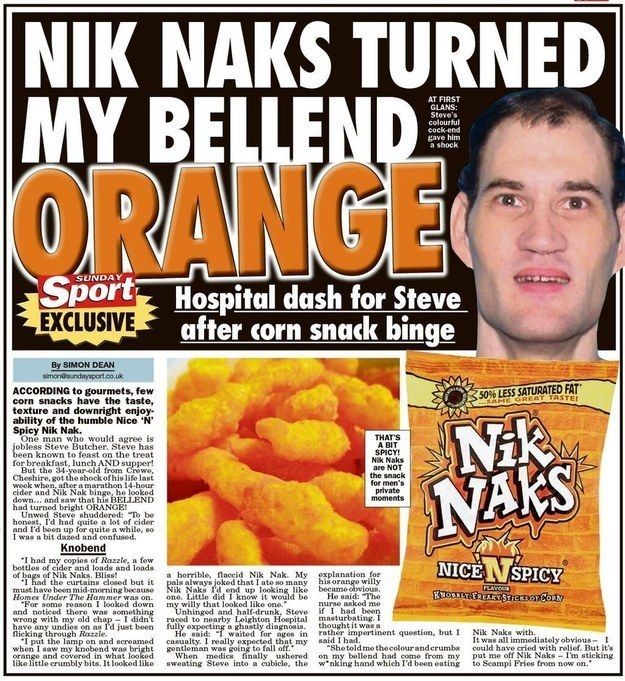 Actually, having actually read the item, it is about the Sin of Onan, so you can all eat artificially coloured cheesy puff type snacks with confidence.

On second thoughts, no you can’t… 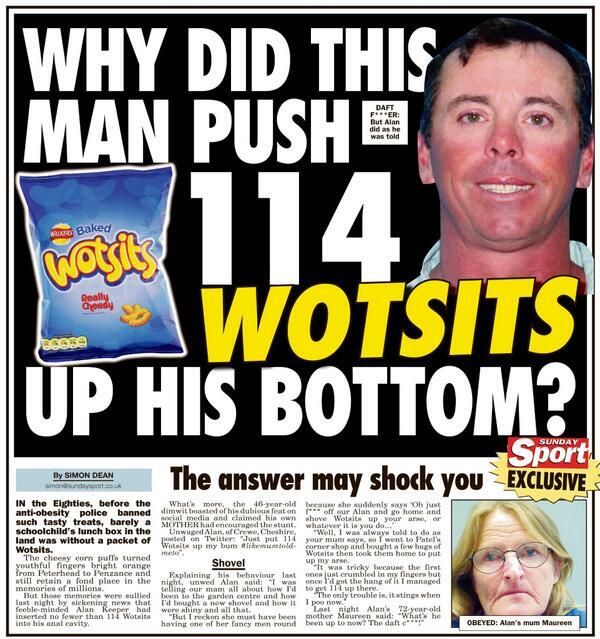 WARNING: Don’t try this with Beef and Mustard flavoured crisps from Brannigans.

We are not at liberty to tell you how we know this hurts like a red hot poker from the depths of Hades itself. But it’s 100% of FACT.

It’s not all about sexual mishaps. 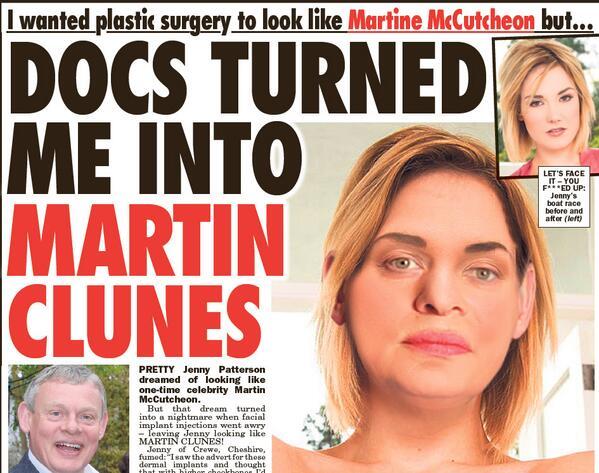 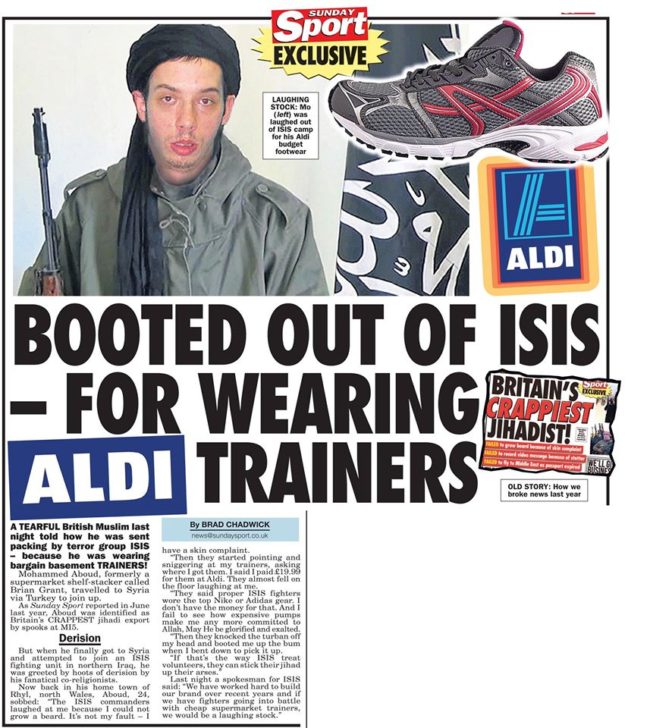 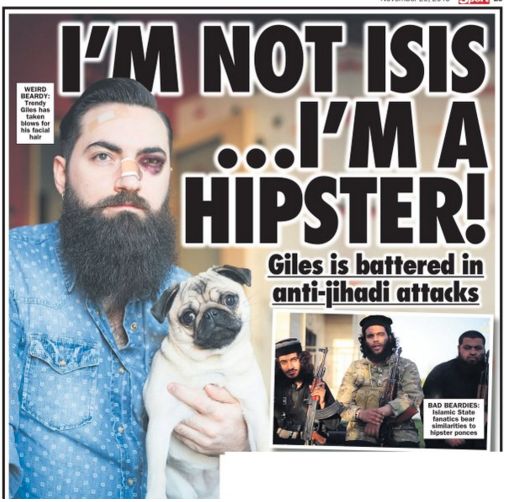 Let’s hear it for the Sunday Sport!