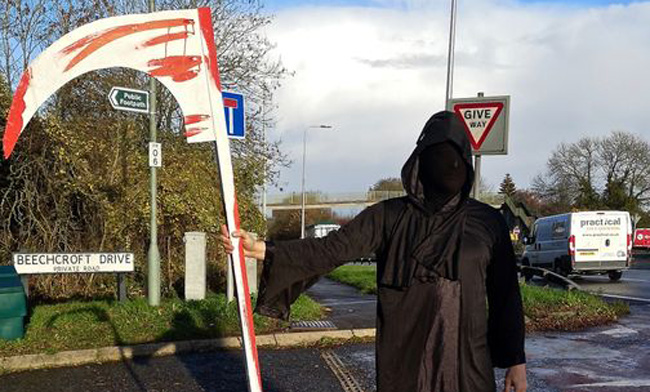 The actual Grim Reaper! A FUMMIN BMW five series estate owner who has a private number plate! Poor, dead Spike Lee, who brought us the film Malcolm X-Men! It’s the best of Angry People in Local Newspapers from 13 November.

And don’t forget it’s just another two days before the APILN book published by Penguin hits the shelves. Order now to have it appear on your doorstep on publication day! 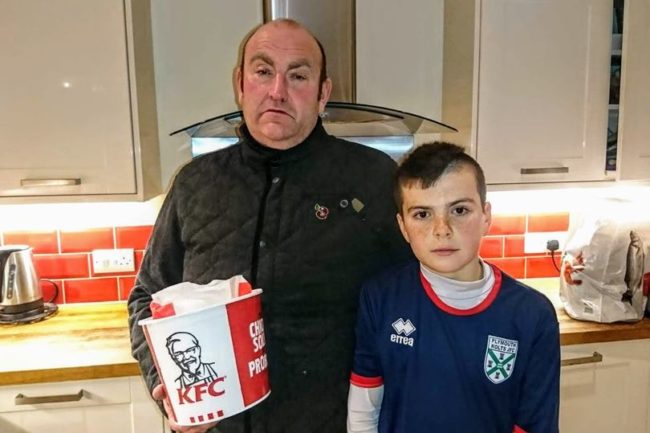 Plymouth Herald: Man fuming after KFC calls police on him – when all he wanted was chicken

So much going on here, but we’re all about wearing his car coat indoors, and this magical quote:

“I am a Plympton man, I am well known in Plympton and I have a private number plate – I have a BMW five series estate.”

How very DARE KFC and Devon and Cornwall Police pick on a BMW five series estate driver, especially one with a private number plate. Whatever that is. 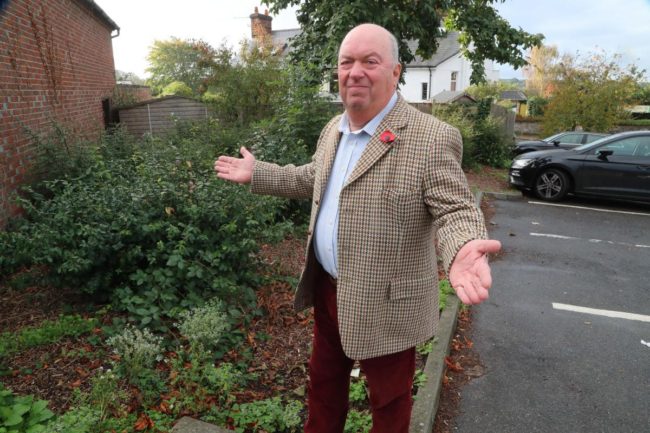 Bournemouth Echo: Landlord FUMMIN after fence is taken away and never returned

That’s the trouble when somebody walks off with your boundary marker – they can’t fence it.

See what I did there. Fence.

I’ll get me coat. 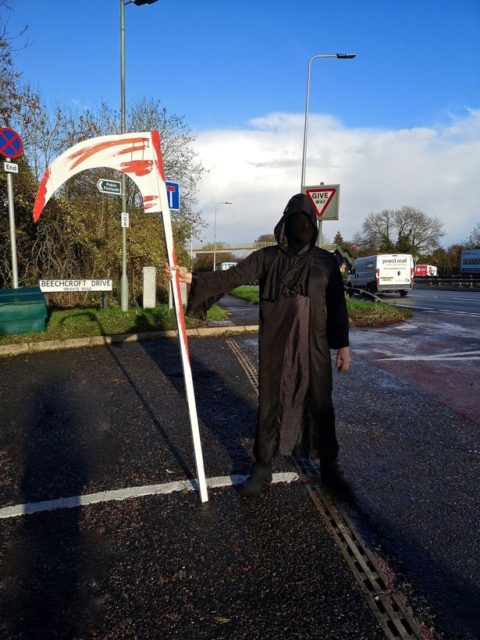 That’s just near Guildford Cathedral, where they filmed The Omen, so he’s quite the regular around the area.

But it’s worth taking on board the words of the late Terry Pratchett – Death isn’t evil. He’s just very, very good at his job. 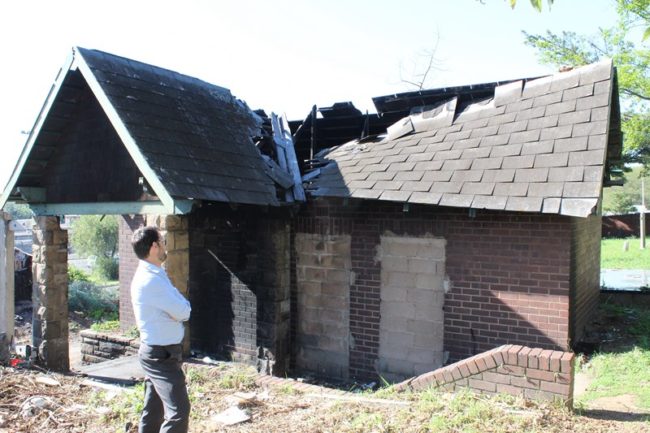 This may not look like much, but you are WRONG.

What you are witnessing here is the rarely-seen full body point where the use of arms to indicate the source of the fury is not required. 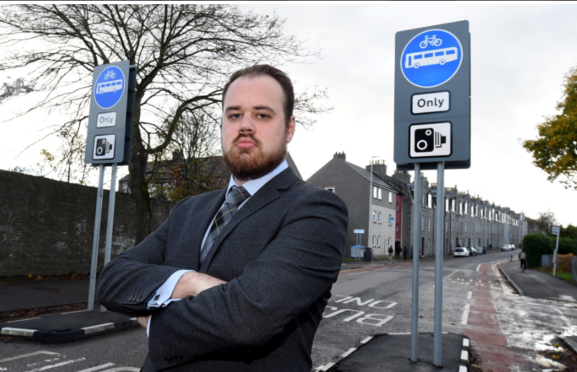 This chap is not a taxi driver, but his pout is worthy of any taxi driver, whose default setting is always FUMMIN. 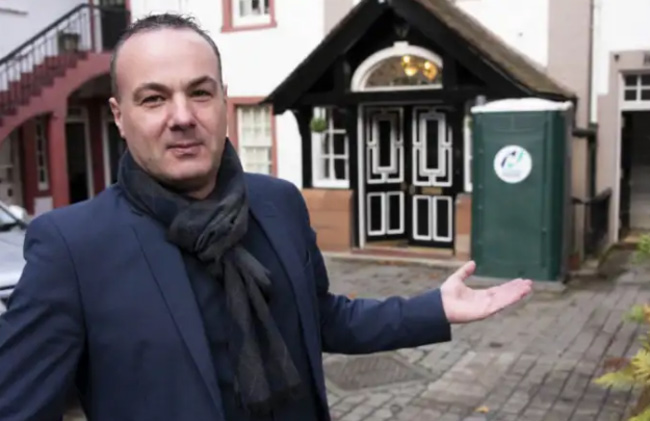 Another dodgy landing for the Doctor – the Type 40 TARDIS navigation circuits playing up again. 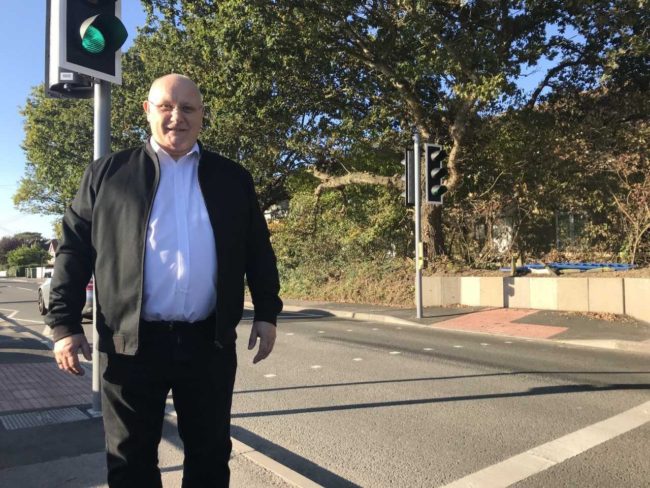 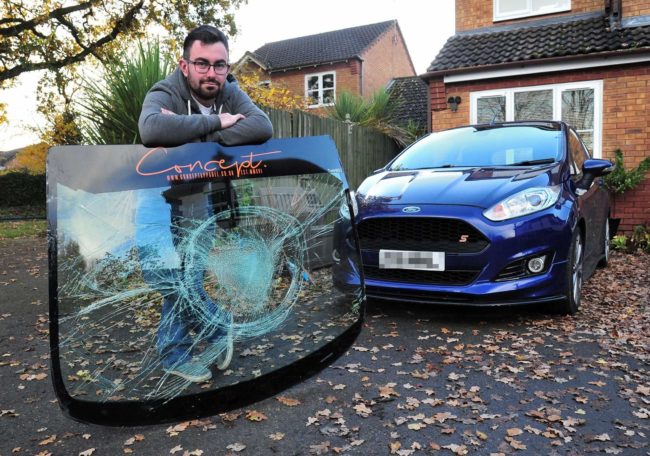 Evesham Journal: Anger at spate of vandal attacks on cars

It’s far, far worse than he thinks. Look at what those shameless curs have done to his number plate. 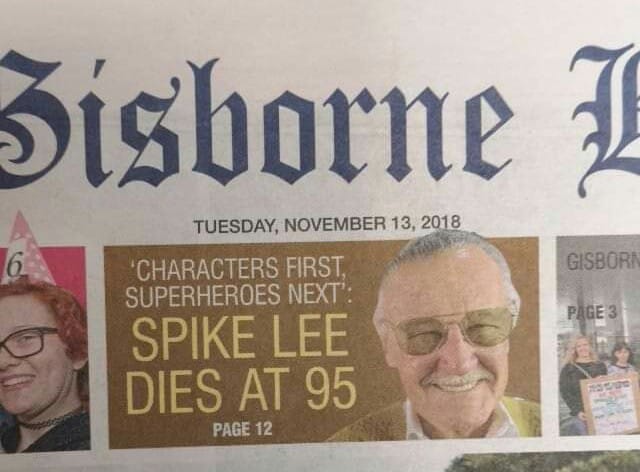 That’s nothing, I once was a Yeti on the London Underground.

Oh wait, that was Doctor Who.