OK, Russian paratroopers get very, very drunk every day, but today isn’t on the company’s time.

So, enter Russia’s NTV television channel, who are doing a piece to camera about the festivities, and – frankly – it all goes off.

“Would you mind being quiet?” our news reporter Nikita replies, oblivious to the fact that he is talking to a man the size of a house, currently winding up what Frank Bruno would have called “a bit of a hay maker, Harry”.

And in it comes, straight to the jaw, the poor bastard.

Back to the studio, and the face of the presenter just has to be seen to be believed. 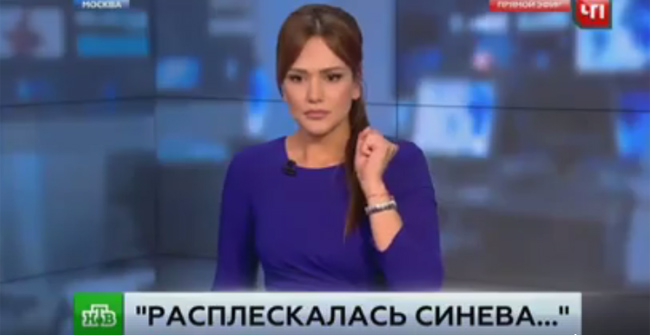 “We seem to be having some problems,” she says, “We’ll go back to Nikita, we hope he is OK.”

He is far from OK.

It is, however, worth commenting on the professionalism of the cameraman. At no point during the fracas does he tear his camera away from the action, nor break the fourth wall by offering to help.

If ever young people who want to go into a career as a news cameraman need to look for a role model, then this is your guy. Point, shoot, and never stop for anything. Especially when it’s your reporter booking himself a place in television history.