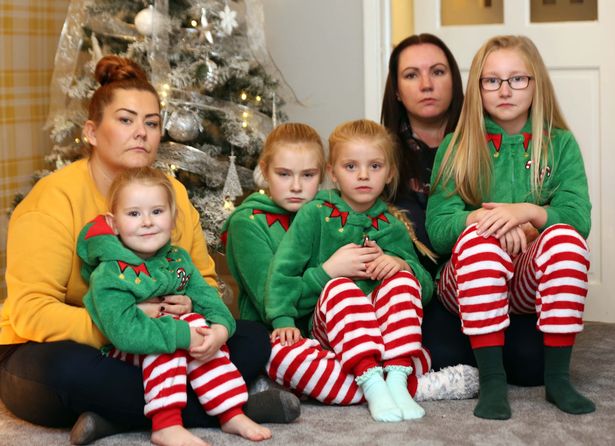 Crappy trees, swearing Santas, grotty grottos. Kiddiewinks have been made sad because their Christmas has been RUINED.

It’s only the 7th, and for many people their Christmas has already been irreversibly RUINED, and somebody’s going to have to pay.

And that’s where Angry People in Local Newspaper comes in – diligently documenting instances of RUINED Christmases for future historians, so that they may know how tough things really were back in 2018.

To be perfectly honest, they didn’t really need to show us the back view of Sue the Sexy Sheep, and now Christmas is RUINED for all of us.

We are mostly calling this one “Sucks to be a turkey farmer”, because whoever is killing all the turkey farmers is RUINING Christmas for all of us.

Metro: Mum who bought sexy Santa outfit from notorious tat market Ebay is shocked – SHOCKED  – to find that it is tat

Who would have guessed that something advertised with size zero models on notorious tat market Ebay wouldn’t turn out as expected?

Not only have the thieves RUINED this family’s Christmas, but they’ve also RUINED the Christmases of the disabled kiddiewinks for whom they where collecting for charity.

So, if you’ve been stealing Christmas lights in the Ipswich area, we sincerely hope your Christmas dinner gives you the runs.

To be honest, we were devastated to find out that Lapland isn’t the name of an exclusive gentlemen’s club in the seedy end of town under some railway arches. Live and learn, eh?

But who would have thought that climate change would drive Santa from his home in a canoe as the snow turned to rain to the raging disappointment of visiting families whose Christmas has been RUINED?

Southern Daily Echo: Southampton’s got its Christmas tree and it’s more than a little bit wonky

But of course Australian Christmas wouldn’t be RUINED without a close family member being totally killed TO DEATH by the Christmas tree.

However, it’s not all bad – just spray paint the snakes festive colours, and you’ve got tinsel that hangs itself.

And while we’re Down Under, here’s how the people of Ipswich, Australia will be celebrating the festive season. And for Peter and Roy, Christmas is RUINED already.

On the other hand, we have inside intelligence from a parent whose kiddies go to this school and they said it was brilliant.

I mean, we’ve all wanted to murder an elf at one stage in our lives, so this is pretty much mission accomplished.

Christmas wouldn’t be Christmas without people complaining that they’ve spent a small fortune on tickets to a Winter Wonderland only to find out it’s a muddy car park and a grotty Santa scratching his arse during a cigarette break.

We’d go as far as saying that people buy tickets to these things expecting them to be crap, because people are only happy fully knowing that their Christmas has been thoroughly RUINED.