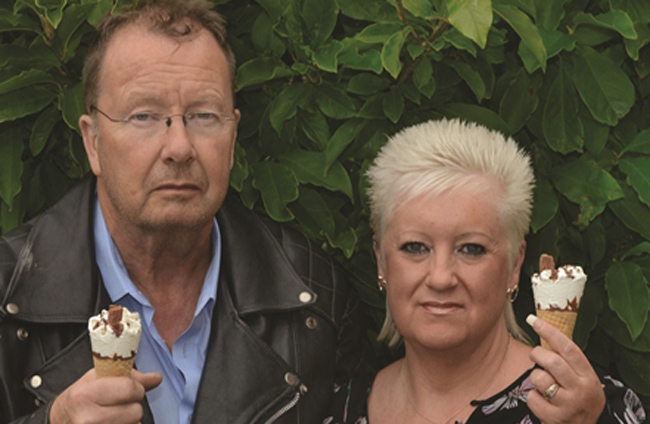 Rotherham. Home of The Chuckle Brothers, so we’re pretty sure they’d be used to a bit of slapstick comedy by now.

But when this couple got into a bit of a row with an ice cream man about the price of their 99s, the “to me, to you” ended up with the police getting involved, and the Angries going to the local paper. 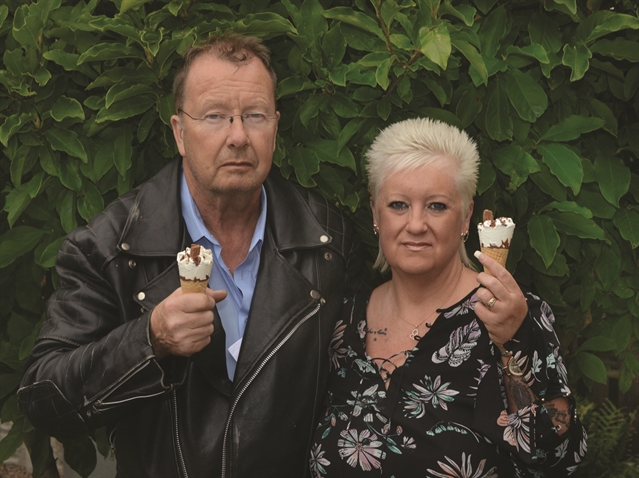 Rotherham Advertiser: Row over the price of two ice creams sees police involved after vendor is accused of throwing them at customer

Now, you can fool some people some of the time etc etc, but you can’t fool me. Those are Cornettos you are holding and not official 99 ice creams. And that’s a deception too far, if you’re asking me.

The entire story revolves around the fact that Leather Jacket Cornetto Man didn’t read the prices before he ordered the ice creams, and then refused to pay with he found out that 99s haven’t actually been 99p for quite some time.

The Advertiser takes up the sorry tale:

When the couple threatened to walk away, Mr Tracy said, the ice cream man “swore at me and threw the ice creams at me from the van”.

He added: “They hit me on the left side of my head and went all down my shoulder and back. I could have been blinded if the cornet or flake had hit me in the eye.”

Rendered completely blind by ice cream, if he had been facing the other way, and it had hit him in the eye with the sharp end.

The Office of National Statistics tells us that since records began this many people have been blinded by thrown 99 ice creams: None at all. 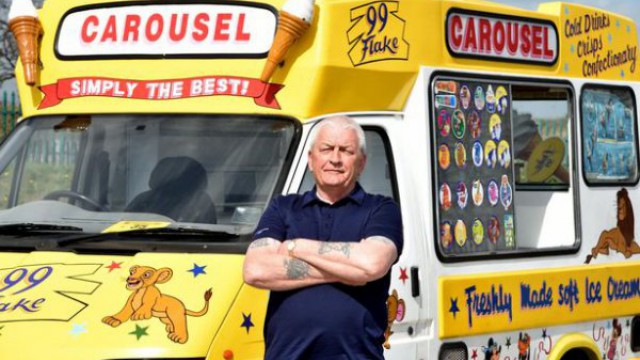 Liverpool Echo: Ice cream man loses his licence after (allegedly) running somebody over

Not running people over is probably the minimum standard for ice cream vanning.

However, he’s also accused of using foul and abusive language (“No you can’t have pissing hundreds and thousands”), selling cigarettes and – worst of all – chiming out of hours.

Extra points for the hooky Disney characters, the sign of a true ice cream professional.