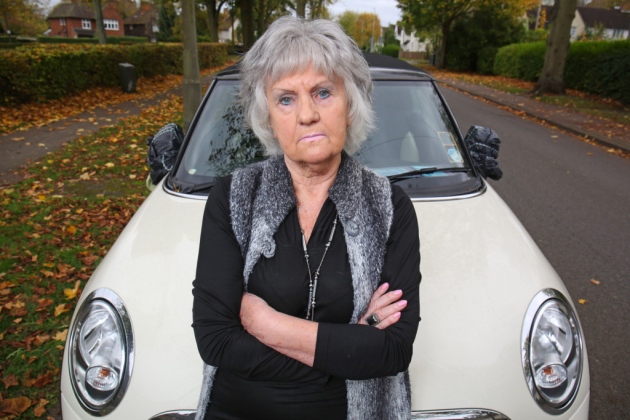 Stealing wing mirrors off cars is neither big nor clever, so stop doing it you curs.

We are saying this because repeated thefts of Mini wing mirrors have made this oldiewonk sad and we think you should stop now.

However, she appears to have invented a new accessory for which any filthy-minded Mini owner will be clamouring: The black plastic bondage wing mirror cover. 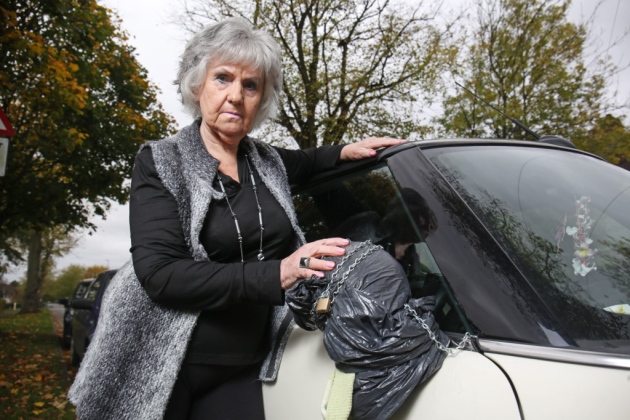 The word “forced”, as is so often the case in this kind of story, really is being made to work hard for its money.

But somehow, I don’t think a bin bag, some cheapo chain from a hanging basket and a pound shop padlock is going to deter whoever’s doing this.

So if a guy comes up to you in a pub and offers you bits from a Mini, that number again is 999.

Neither is she alone: 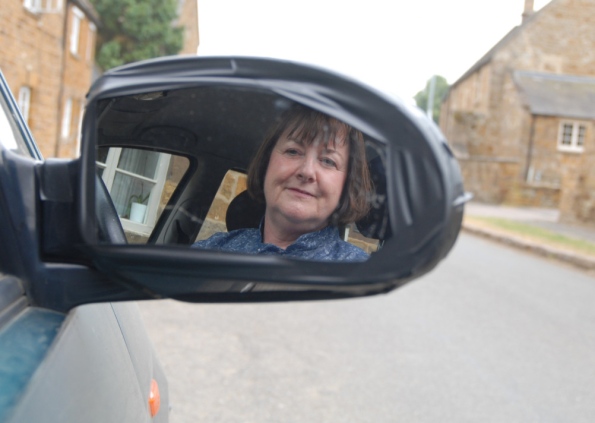 Rutland and Stamford Mercury: Driver’s dismay after having her wing mirror knocked off 12 times

Yeah, you *can* fold them in, you know. Or just sit in your car 24 hours per day, ready to smack anybody who comes close to your motor.

According to the Mercury:

“Maria has temporarily been given a cone by the Lyddington Parish Council chairman Ian Canadine which she puts next to her car to highlight it for motorists passing through.”

It’s a 99 with flake and sprinkles, so everybody’s a winner in this one.