This one’s from a few years ago and arrives without a picture, so it behooves us to illustrate it for you.

So, where do we start on this night out with grim reaper-cussions? 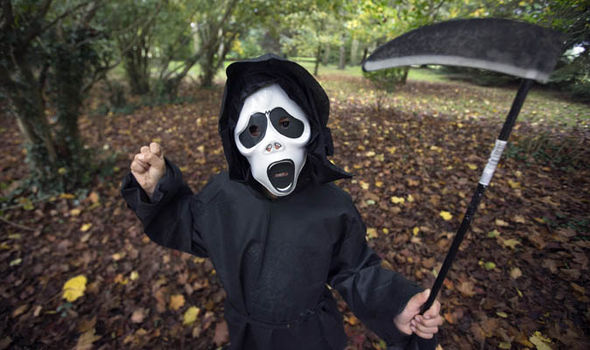 Morecambe Visitor: Man dressed as the Grim Reaper arrested after lads’ night out in the resort

That’s the bare bones of it (eh? EH?!), but once you get in to the article then you see how an innocent night of drunken debauchery spun wildly out of control.

“Kelly lost his mates, who were celebrating a friend’s birthday and were also drunk, and wandered onto the beach where he got stuck in boggy sand and lost his shoes, trousers and jacket.

“Cold and wet, he staggered across the road to Morecambe Town Hall where, seeing a window open, he climbed inside.”So far so terrible.

“Then he soiled his underwear which he threw into a black bin bag.”

Uh-huh. Could happen to anybody.
“He found a ‘Grim Reaper’ fancy dress outfit and put this on before leaving the town hall where he eventually arrived at the police station (and)  stood there for three hours, still in the Grim Reaper gear, until police arrived.”
Let he who is innocent cast the first stone.
Guilty as charged.