It’s all kicking off in Donegal between holiday home owners, and people who live there all year round.

Apparently tempers are frayed enough that people don’t want to speak freely to the papers in case they upset neighbours, and would rather be quoted anonymously.

The last thing you want is your name in the papers after specifically asking not to be named. 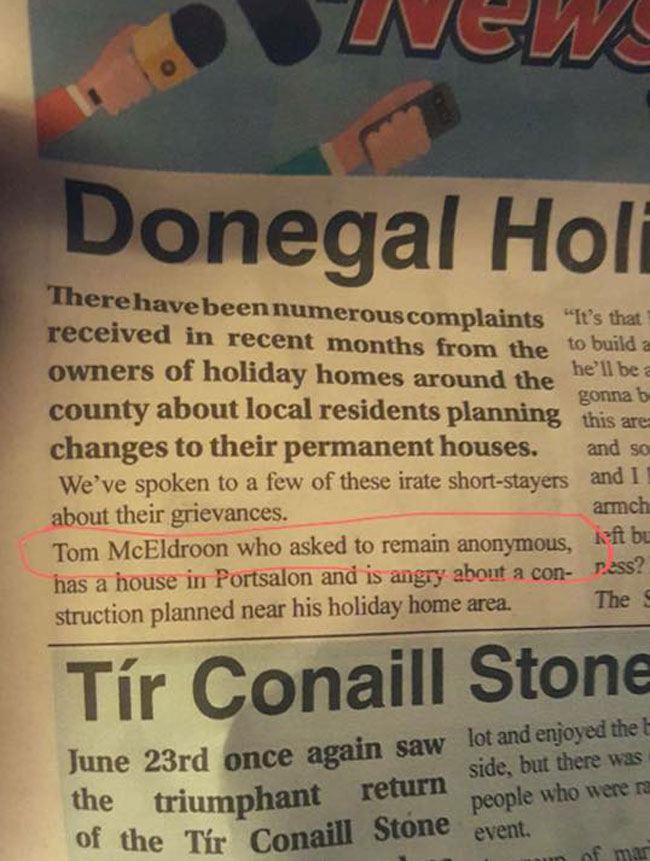