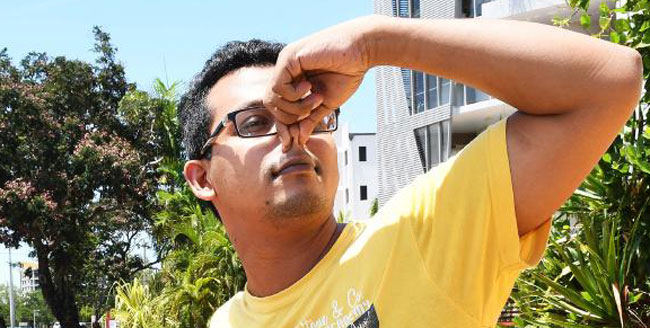 Stories with people holding their nose are virtually guaranteed to be featured on our pages, but this one’s extra special.

Because not only is this one about BINS, but it’s from the world’s greatest local rag, The NT News.

NT News usually go for tales of croc attacks and drunkenness in Aussie’s Top End, but they’ve made an exception to challenge Britain in local newspaper nose-holding. 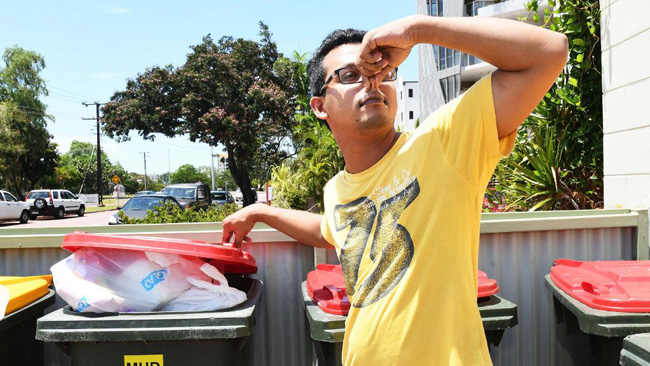 Let’s put that in perspective for you.

It’s the height of summer Down Under and England’s boys are getting a whipping in The Ashes.

Darwin is up at the very northern tip of Australia and is actually in the Tropics. The average daytime temperature there is about a million degrees.

And the bins haven’t been emptied for two weeks.

The whole place must stink like a Sumo wrestler’s jockstrap.

“The smell is pretty bad, especially with the hot weather. The heat and the humidity make it worse.”

And we’re not going to leave the Top End without revisiting one of the NT News’ finest ever stories. 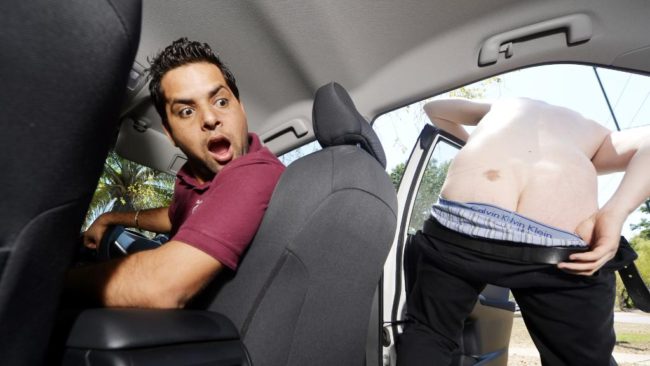 NT News: ‘He left a dump instead of a tip’ – taxi driver left FUMMIN as passenger takes a poo on the back seat of his cab

What makes this story so good is the reconstruction of the hideous events.

However, it could also be a tad misleading.

What if – we ask – the real culprit didn’t have that tell-tale mole on his arse? People with moles on their arses will find themselves wrongly accused, and that’s poor journalism.

But let’s hear it for the NT News!