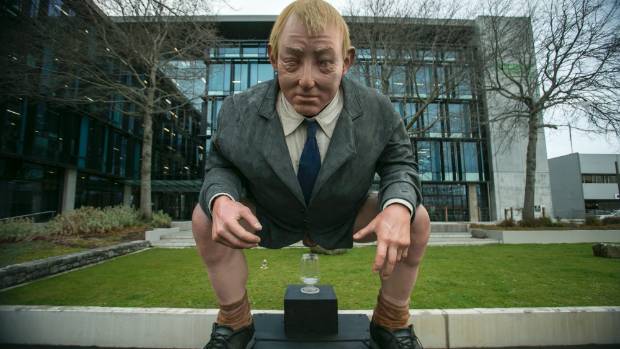 Things have taken a weird turn down in New Zealand where protests against new relaxed water standards have got a little out of hand.

Local artist Sam Mahon has taken time out from his busy schedule to build a large statue of Environment Minister Dr Nick Smith, with his trousers down, pooing into a glass of water.

And he gets bonus points for building it out of horse poo. 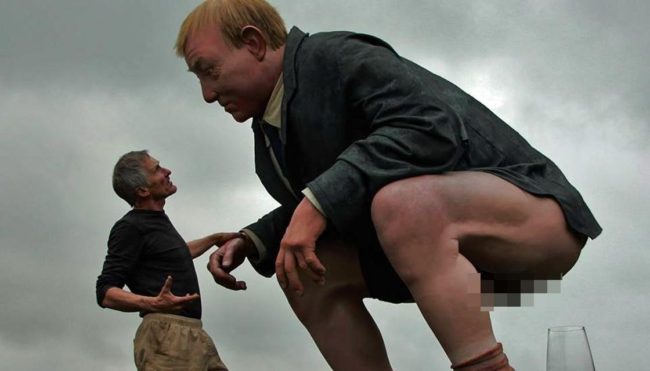 The council did their best to stop the display from happening, taking out a court injunction to stop it being placed on their land.

But as Stuff reports:

Mahon placed it on an adjacent public footpath as a large crowd watched, some posing for photos with the minister’s backside.

It’s all about water quality standards, and the government wants to allow – frankly – shit in lakes and ponds. 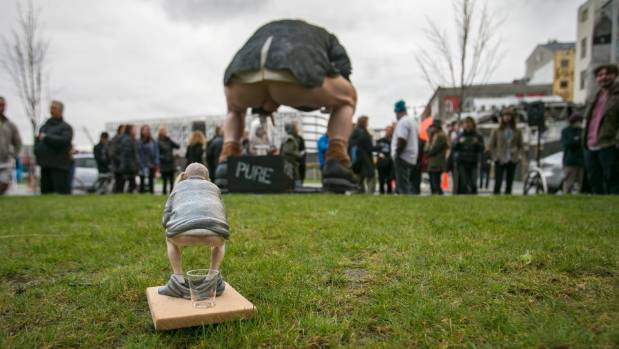 Speaking to New Zealand Herald, our artist said he found “the poisoning of our children with cyanobacteria” to be offensive.

“As far as displaying Nick’s genitals to the world, perhaps the [Ecan] CEO Bill Bayfield has never entered a gallery or visited the Vatican City and cast his gaze on the multitudinous penises in bronze and marble that swarm around the square, much to the delight of children, the Pope and one or two extraordinary cardinals.”

As for Dr Smith, he’s not a fan of his arse being on display in Canterbury.

Smith referred to Mahon’s last piece as being “crap art”, according to NZ Herald.