The word “hero” gets bandied about a lot these days, and is often applied to people who do not deserve it at all.

But we can all agree that anybody who spent hours in the flaming hell of the Grenfell Tower fire are among the best that humanity has to offer. 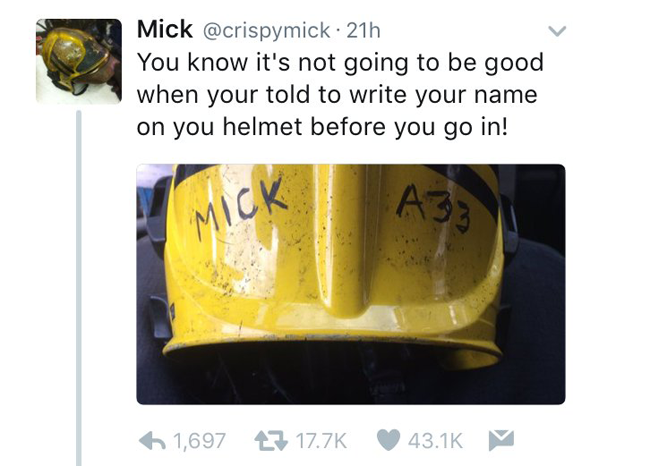 It’s at times like this that media picture desks spring into action, and ask social media users for permission to use their photographs. Usually, the answer is yes, but Mick is not fan of a certain newspaper. 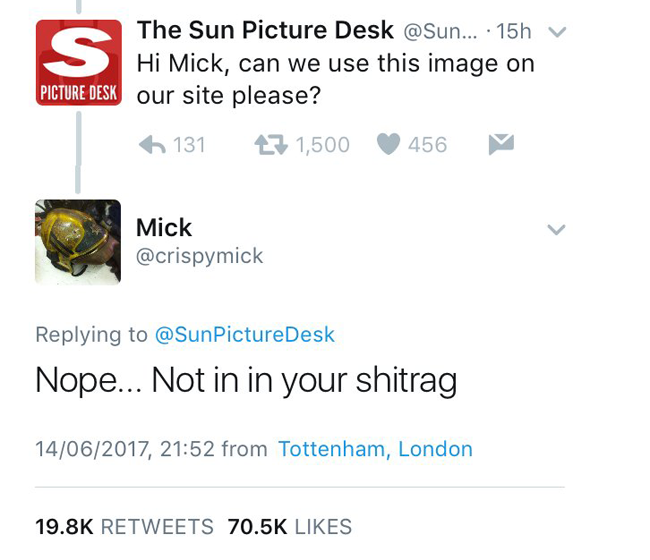 Mick, we salute you.

Sadly, it appears that the furore over this post has led to Mick deleting his Twitter account, and it wouldn’t surprise us if this was on the instructions of twitchy superior officers.

Grenfell Tower: How you can help