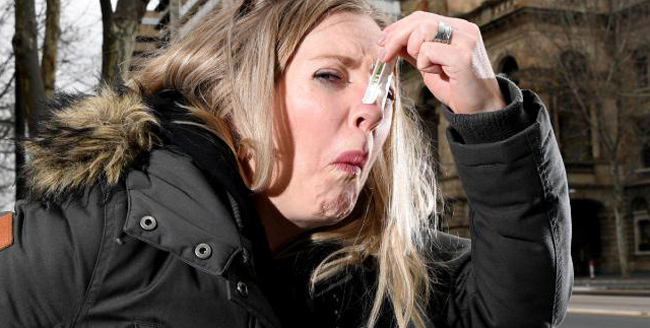 We’ve said it before, and it bears saying again: Any submission to APILN which features a clothes peg on the nose is guaranteed to be featured on these pages.

So here’s a little tip for local newspaper picture editors who might be trying to boost their clicks:

Head down to your nearest pound shop, and arm your photographers with the cheapest clothes pegs you can lay your hands on, your investment will be repaid dozens of times over.

No need to thank us. 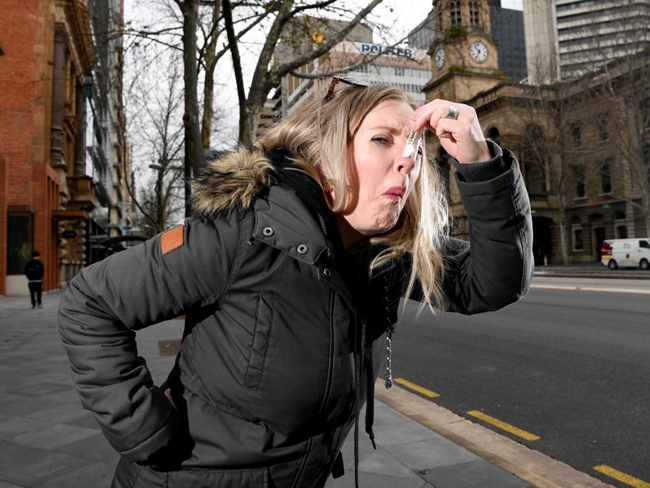 It turns out that it was just council workers spreading “fertiliser and mulch” over the city’s public spaces, which is just a polite way of “Yeah nah, we were spreading shite everywhere, sorry guys”.

But students of the angry pose will revel in the use of the clothes peg prop married with the pinched facial expression. Once again, we are turning to the Australians for a masterclass in angry photography.

Take a look at this one: 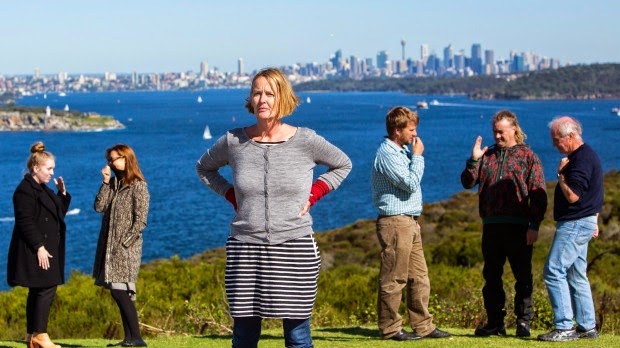 Nose-holding AND coordinated wafting and concerned hands on hips. And if you dig deeper there’s also a mullet thrown into the mix. Oh, Sydney Morning Herald, you are spoiling us.

And back in Blighty: 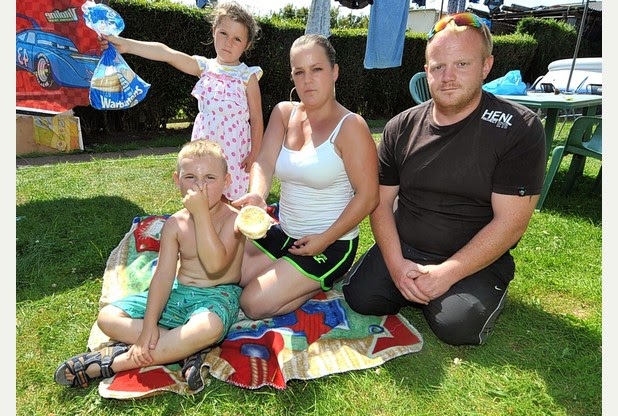 Sadly this South Wales Evening Post story on how mouldy bread rolls that spoiled a family barbecue is no longer available, but the nose-holding is half-hearted to say the very least, and reserved to just one person.

If there was an Ashes Series of nose-holding, I’m afraid the Aussies would wipe the floor with us. Is that what you want? BECAUSE THAT’S WHAT’S GOING TO HAPPEN.