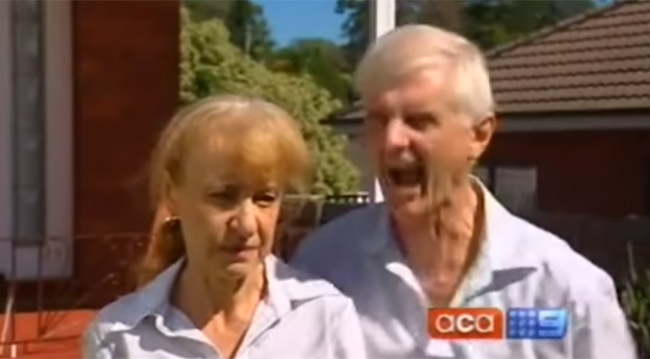 After yesterday’s mad clip of an Australian politician being possessed by the ghost of a bitter crocodile hunter, here’s more evidence that the sun down under turns your brain.

What started as a routine news story about dogs being allowed to run amok around his street, turned Sydney pensioner Ray Graham into an overnight sensation in 2010.

The video – now seen millions of times – is the kind of special crazy you only ever see in local news, and possibly if you’ve been out in the sun for a bit too long.

There’s no indication that he’s about to let lose, which makes the reaction of his wife – who looks like she’s seen it all before and just wants it to stop – all the more remarkable. 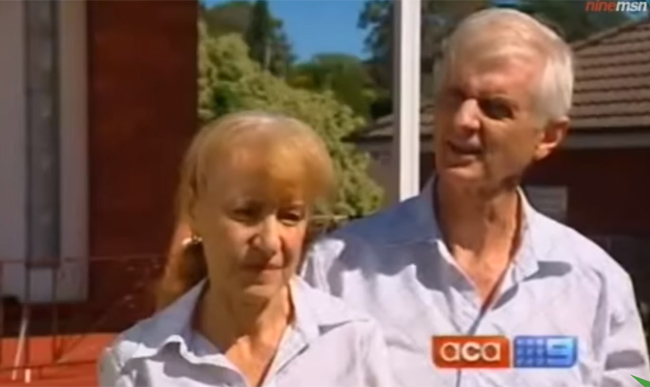 “Yesterday morning, I came out into the front yard and the dogs were across the road. And as soon as they saw me they came bounding over…” 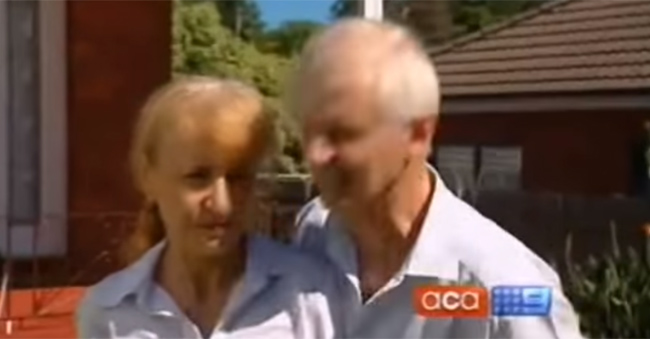 “…And I just made it to the front door in time.”

And look, he got a follow-up interview out of it!

And bloody hell, they can’t seen to stop him barking now. 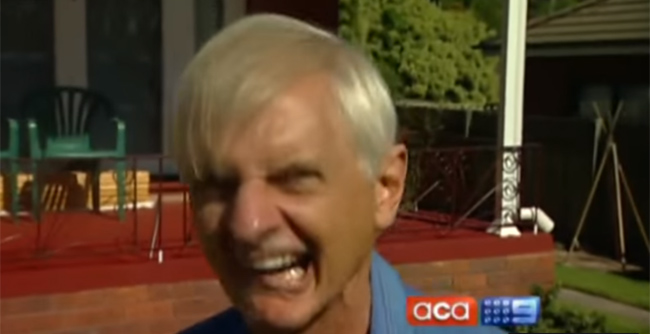 According to the Herald Sun newspaper, his dog impression was so good that even real dogs were scared by it:

“CNN, reporting on the viral hit, even played a recording of Graham to a number of dogs who appeared scared and backed away from the sound.”

Ray Graham, wherever you are — we salute you, you mad drongo.