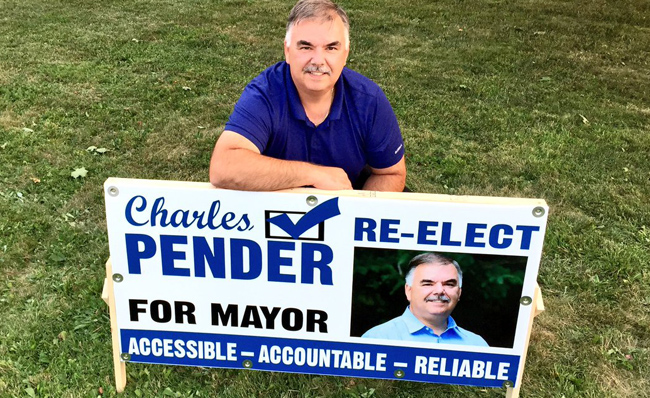 Charlie Pender is mayor of Corner Brook, an otherwise quiet little town in the Canadian province of Newfoundland and Labrador. It looks like the kind of place where nothing much happens, and folks like to keep it that way.

Charlie is standing for re-election this month, and he’d quite like the people taunting him with hot dog sausages to stop, please thank you, because the democratic process is wounded enough as it is without people bringing it into disrepute through the medium of pork products. 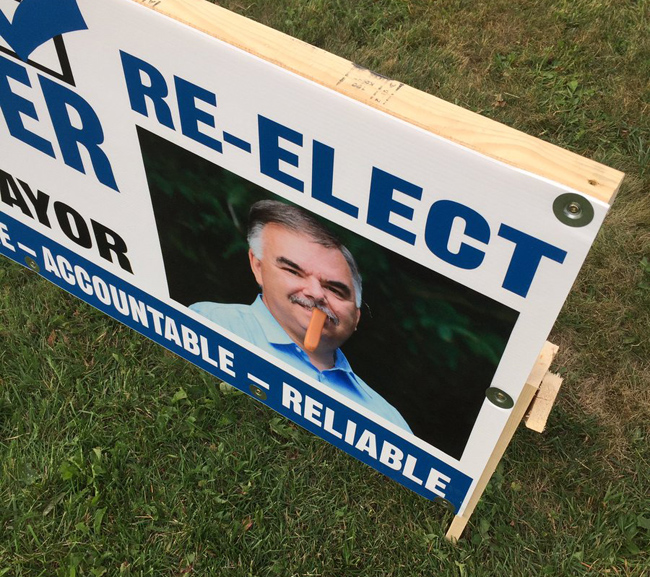 The Western Star: Mayor Charlie believes vandalising of his campaign signs ‘is not a prank’

The Star picks it up with a forensic description of the attack on four of the mayor’s signs:

“A flap was cut in each of the four-foot by two-foot signs, which was then folded back and uncooked hotdog wieners were put in them. The wieners were placed so as to look like they were coming out of Pender’s mouth.”

And his political foe (such as things go in Newfoundland and Labrador) has been forced to distance himself from the Corner Brook Wiener Bandit.

“I wish to state categorically that my campaign had no involvement and I personally do not condone the vandalism and its interference in the political process,” Jim Parsons wrote in a statement.

And you’d think that would be the end of it.

NO THAT WAS NOT THE END OF IT. 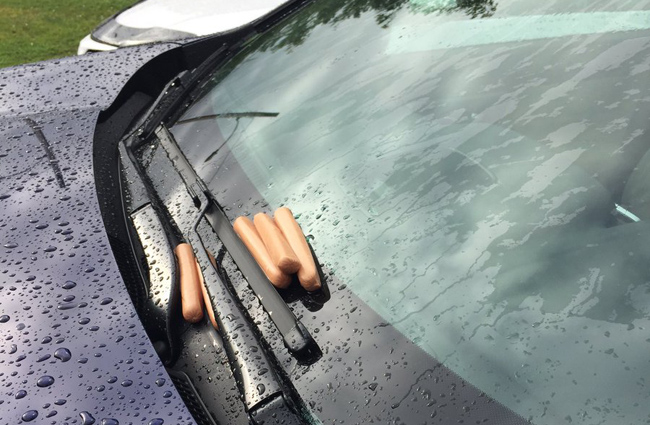 The operative phrase is “still vandalising his property with hot dogs”, so we have to ask how long this has been going on, and why hot dogs?

No, we have no idea. But APILN has readers all over the road. Are there any Canadian readers out there who could shed a light on this?